The IBM algorithm Deep Blue beat chess champion Garry Kasparov in 1997. It was 2011 when IBM’s Watson won the game show Jeopardy. Shortly after, the IBM Research team was ready to go beyond game playing and began to brainstorm the next feat to challenge an artificial intelligence algorithm. They decided to create an AI algorithm that would be trained on the art of debate. 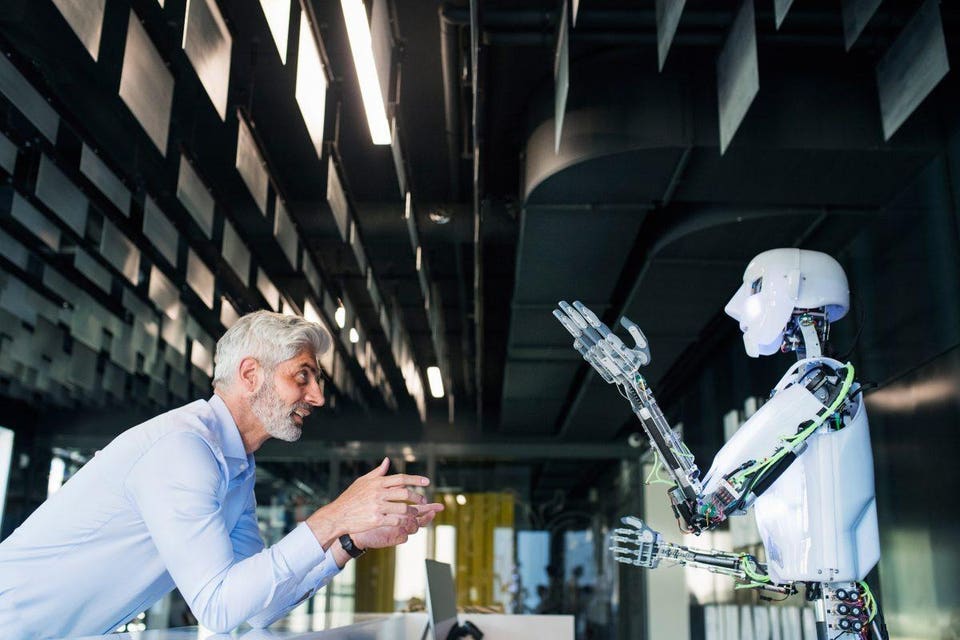 This past June, a small group of viewers got to see the IBM Project Debater’s public debut and its first two debates, when it went head-to-head with Israeli debaters Dan Zafrir and Noa Ovadia on increased investment in telemedicine and government subsidies for space exploration respectively. From all accounts, IBM Project Debater was a formidable opponent and surprised many with its ability to make human-like arguments. It even swayed more audience members to its position on telemedicine that Zafrir did.

This project was the latest in IBM Research’s goal to build a system “that helps people make evidence-based decisions when answers aren’t black-and-white.”  Debate not only helps us convince others of our opinion, but it can help us understand and learn from other’s views. By training machines in this way, it is hoped that in the future, AI algorithms will be able to help humans make important decisions regularly. IBM Project Debater doesn’t just search its database of millions of articles from well-known newspapers and magazines—its corpus—but it has AI technology that can “work with humans to discover, reason and present new points of view.”

The IBM Research team was able to create an algorithm with the ability to:

Even though there were visible stumbling blocks in IBM Project Debater’s debating skills, for the most part, its debut was a resounding success. Since it’s gone from theory to actual implementation, albeit with some tweaks still necessary, it makes you wonder what’s next.

Mothers and Children Inside A Mexican Shelter

How Genesys Works Is Working For Its Alumni

It might be easy for many people to put too much faith in a machine. Although a machine can cull through the data at a rate and depth impossible for humans in a similar timeframe, it’s not immune to bias in its findings. The machine is only as good as the information it was fed. If some of the resources it used to develop its argument contained false logic, the algorithm was influenced by that logic in its debate. Being able to search and summarize millions of human-generated articles is no small feat, but Project Debater’s prowess isn’t representative—yet—of some superintelligence capable of reasoning in a self-generated manner (although that’s likely on the horizon).

To avoid machines just echoing back erroneous human opinions—or being manipulated by a government or corporation for its own purposes—there needs to be a system of checks and balances to ensure the program’s credibility.

Natural language processing is progressing on many fronts; however, what Project Debater exhibited was progress in loosely structured language in the form of conversations and articles. An algorithm’s ability to put together an argument based on small pieces of text supported by facts while understanding all the facets of an argument (logical, emotional) is a higher level function.  Project Debater can analyze its opponent’s argument and determine the appropriate response supported by facts. This represents a massive leap from “present information” to “make an argument.”

Practical applications of this technology

One of the impressive abilities IBM Project Debater exhibited was the combination of AI techniques it relied upon to solve many problems and join them together in a solution. Now that IBM Research succeeded in this first debate, the team needs to determine practical applications of this technology that they can sell. That’s precisely what Arvind Krishna, Director of IBM Research said he plans to do: “Project Debater’s underlying technologies will also be commercialized in IBM Cloud and IBM Watson in the future.”

Now that AI has gone beyond playing games to learning the art of persuasion and debate; it has proven that it can handle the “gray area” and nuances of human interaction and not just follow clear-cut rules.

“From our perspective, the debate format is the means and not the end. It’s a way to push the technology forward and part of our bigger strategy of mastering language,” said Aya Soffer, who runs IBM Research’s global AI team.

It was an impressive debut, and it will be intriguing to see what’s up next.

This article was originally posted on Forbes